A packed house joined the Berkeley Community Chorus & Orchestra and San Francisco Bach Choir May, 21, 2019 at Fields Works Brewery in Berkeley for an evening of Bach & Brew. SF Bach Choir has been sponsoring these truly fun community sings for a number of seasons and BCCO was delighted to join in. Led by SF Bach Choir Artistic Director Magen Solomon and BCCO Artistic Director Ming Luke we explored songs and rounds appropriate to the occasion as well as Movement 4 of Brahms’ German Requiem – a rousing community sing and terrific craft beers!

An Evening of Vaughan Williams

BCCO members joined with choristers from around the Bay Area, under the direction of Derek Tam, for the 4th annual First Church Festival Chorus and Orchestra (part of First Church's Resonance Series).  On January 25, 2019, we performed a concert at First Congregational Church in Berkeley (First Church Berkeley) which featured several works by Ralph Vaughan Williams. The centerpiece of the evening was his eloquent plea for peace, the choral cantata Dona Nobis Pacem, written in 1936 amid growing fear that global war would soon break out again.

Over 80 singers from BCCO, the Berkeley Women's Community Chorus, First Church Berkeley Choir, and other Bay Area choruses, under the direction of Derek Tam, joined together at the First Congregational Church (First Church Berkeley) on August 25 for a sparkling performance of the Street Requiem. The requiem was composed in 2014 by Kathleen McGuire, Andy Payne, and Jonathon Welch; our performance was the East Bay premier of the work. Soloists Brian Thorsett, tenor, and Molly Mahoney, mezzo-soprano, performed beautifully, as did the chamber orchestra, which included our own Jason Sherbundy at piano. Over 500 people turned out to hear the modern 50-minute cantata, to remember those who have died homeless on the streets. Over $13,000 was raised to support the work of the Women’s Daytime Drop-in Center in Berkeley.

A cantata by Sergei Prokofiev

Under the direction of Urs Leonhardt Steiner, Music Director,  a selection of singers from the Berkeley Community Chorus & Orchestra joined with the Golden Gate Symphony Orchestra & Chorus, for a June 3, 2018 performance of cantata by Sergei Prokofiev, Alexander Nevsky.   BCCO performed this work at it's January 2018 concerts and we weree delighted to join forces with our sister chorus to do so again at Herbst Theater. On April 19, 2018, selected singers from the Berkeley Community Chorus & Orchestra joined the Berkeley Symphony and singers from the UC Chorus and UC Chamber Chorus (current and alumni) in a performance of this perhaps most-beloved of all orchestral works.  The guest conductor was Ken-David Masur, Associate Conductor of the Boston Symphony; the Chorusmaster was Marika Kuzma,Professor Emerita, UC Berkeley Department of Music. The sold-out concert took place at Zellerbach Hall on the UC Berkeley campus.

On February 2, 2018, nearly 30 singers from BCCO joined  a successful collaborative performance of Johannes Brahms’ A German Requiem, staged by the First Church Festival Chorus, under the direction of Derek Tam (music director for both First Church Berkeley and the Berkeley Community Chamber Singers, and also BCCO's first assistant conductor). The concert was part of the very lively Resonance Series that Derek has initiated at the First Congregational Church.

The festival chorus numbered just under 100, drawing singers from choirs across the SF Bay Area. Also performing under Derek's direction were a very fine professional orchestra and accomplished soprano and baritone soloists. Another plus: the BCCO members got a fantastic head start for our spring 2019 season, when we’ll all perform this monumental, deeply spiritual work -- at Hertz Hall and then on a European concert tour in the Baltic region.

Singers from Berkeley Ccommunity Chorus & Orchestra joined with Slavyanka in the Russian Choral Music Festival in October 2017. The Festival Choir performed several pieces by Taneyev at the Mission Delores Basilica, including the West Coast premiere of Taneyev’s masterpiece, the choral cantata “Ioann Damaskin.”  An astonishingly beautiful and powerful piece, it combines the great Russian spiritual traditions with counterpoint and fugues. This was BCCO's third collaboration with Slavyanaka, and we worked with their choir leadership to recruit singers from throughout the Bay Area to join us.

Berkeley Community Chrous & Orchestra members joined with singers from around the Bay Area in a festival chorus under the direction of Derek Tam, First Church music director, to perform Carl Orff's Carmina Burana on January 20, 2017. Part of the ongoing series, Resonance: First Church Berkeley Performances, the concert was held at the 1st Presbyterian Church of Berkeley due to last fall's devastaing fire at First Church Berkeley (First Congregational Church). Derek, who also serves as director of our chamber chorus, the Berkeley Community Chamber Singers, led a stirring performance of this popular choral work with a chorus of nearly 80 members, professional soloists,  and an orchestra composed of 2 pianos and a large percussion section.

The chorus performed Verdi’s monumental Requiem during June and July, 2016 in Belgium and Germany. These performances were held in collaboration with the Contra Costa Children’s Chorus, which toured concurrently with BCCO, Koor Vagantes Morborum, a Bruges-based choral group (Belgium performances), and a number of other Bay Area singers who joined us for the concert tour. We performed at the Concertgebouw in Bruges, Belgium, the Cathedral of St. Martin in Ypres, Belgium, and the Hegel-Salle, a concert venue in the renowned Liederhalle in Stuttgart, Germany.

On April 23, 2016, nearly 60 singers from more than 12 different choruses and choirs joined together as a festival chorus, initiated by the Berkeley Community Chorus & Orchestra. We joined with the Merced Symphony to perform the Carmina Burana by Carl Orff under the direction of Ming Luke, music director for both BCCO and the Merced Symphony. We performed at the beautiful and historic Merced Theatre in downtown Merced. Singers were drawn from choral institutions in the East Bay, San Francisco, San Jose, and Merced, California. The chorus was prepared by Chorus Master Derek Tam (who also performed brilliantly on piano). 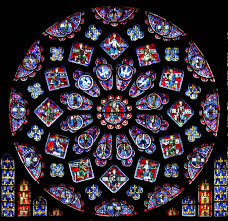 Part of First Church Berkeley's Resonance, a new concert series hosted by the First Congregational Church. Many members of BCCO joined with other singers in the festival chorus performance of Faure's much-beloved Requiem, led by FCC Music Director Derek Tam, with Elizabeth Forsth accompanying on the church's renowned 5,000-pipe organ. May 2016.

A Cappella – Our Bodies Sing

Lift Every Voice and Sing

A celebration of Black History Month and African-American and African musical traditions hosted by the First Congregational Church and the City of Refuge United Church of Christ in Oakland. Members of BCCO joined singers from the two churches and other Bay Area singers in the festival chorus. A variety of other gospel and dance groups presented stirring performances. February 2016.

Back to Main Collaborations Page »